It is no secret that LGBTQ people are more likely than the general population to be jobless, homeless and poor. In fact, a recent study from the Black Futures’ Lab showed more than 90% of LGBTQ+ respondents named low wages as their biggest problem. Studies and statistics continually show LGBTQ folks as suffering and of that population, Black, Brown, and Indigenous folks bear the brunt of the economic disparity.  The National LGBTQ Workers Center and Brave Space Alliance are working to change that by coming together to launch the QT Black, Brown, and Indigenous Job Board. With our job board, LGBTQ s people who are experiencing the most need in our community can come to one spot to find good-paying jobs with benefits that are LGBTQ friendly. In addition, job recruiters can also post online to make sure they are reaching out to our clearly established audience.

The Brave Space Alliance is the first Black-led, trans-led LGBTQ Center located on the South Side of Chicago, and designed to create and provide affirming and culturally competent services for the entire LGBTQ community of Chicago.  The National LGBTQ Workers Center is an organization that brings LGBTQ working people together to fight for economic justice at the grassroots level where LGBTQ workers can learn how to organize, stand up to workplace discrimination and fight for economic justice.  Together we share a mutual understanding that LGBTQ Black, Brown, and Indigenous people need good-paying jobs NOW with LGBTQ competent benefit packages. To check out our work in more detail visit BSA and The National LGBTQ Workers Center respectively go to https://www.bravespacealliance.org and  https://www.lgbtqworkerscenter.org.

The National LGBTQ Workers Center and Brave Space Alliance will partner together to curate an email list of LGBTQ Black Brown and Indigenous people in need of jobs and recruiters who are looking for employees. Together, we will also manage the job board to ensure a well-run and competent space for both recruiters and recruits.

If you’re in search of a job or an employer with job and internship opportunities, fill out our form to receive an invitation to our job board. 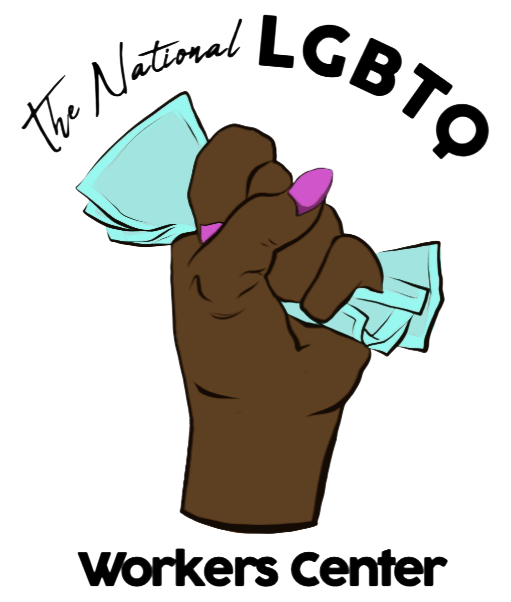 The National LGBTQ Workers Center and Brave Space Alliance have come together to create an LGBTQ Black, Brown, and Indigenous-focused job board.

If you are a BIPOC LGBTQ+ identifying individual who would like access to the job board and/or someone who would like to add a job posting to the existing list please reach out to us.

Get Updates and Stay Connected - Subscribe To Our Newsletter

Brave Space Alliance is the first Black-led, trans-led LGBTQ+ Center located on the South Side of Chicago, and designed to create and provide affirming and culturally competent services for the entire LGBTQ+ community of Chicago.